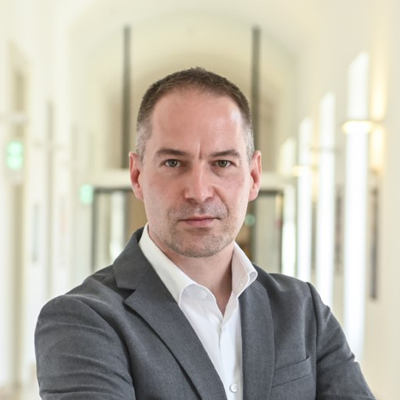 Péter Krekó is a political scientist, social psychologist, disinformation expert. He is a senior fellow at the Washington-based CEPA think tank and a PopBack Fellow at the University of Cambridge. Earlier, he was a guest researcher at the Europe’s Futures – Ideas for Action program of the Vienna-based Institute for Human Sciences (IWM), and a non-resident Associate Fellow at the Johns Hopkins University SAIS Bologna Institute of Policy Research. Peter is an associate professor with habilitation at the Department of Social Psychology at ELTE PPK. During 2016-2017, Péter worked as a Fulbright Visiting Professor in the United States at the Central Eurasian Studies Department of Indiana University. He wrote his PhD dissertation on the social psychology of conspiracy theories in 2014, and he habilitated in 2020. He has been the executive director of Political Capital since 2011. His main areas of expertise are disinformation, Russian political influence in the West, and European populism and radicalism. He was the co-chair of the EU Radicalization Prevention Network PREVENT until 2015. He is the owner of Political Capital. He has written two books: Tömegparanoia, which has been published in two editions, introduces the social psychological foundations of fake news and conspiracy theories in a scientific and informative manner, and The Hungarian Far Right – which he wrote together with Attila Juhász – on the politics of the Hungarian far right after the democratic transition. The latter is published by Ibiden Verlag and distributed by the Columbia University Press.

The structure of pseudo-scientific revolutions

As a result of the COVID-19 pandemic, we could observe an interesting parallel trend: the triumph of science and the triumph of pseudoscience at the same time. Scientific results (e.g. vaccines) and players (e.g. scientists) polarized societies like never before, and the attitudes toward COVID and the political and healthcare responses (e.g. lockdowns) created new social groups and identities. Motivated rejection of science and embracing pseudo-scientific conspiracy theories and practices have become rather widespread. These seemingly irrational responses (e.g. the rejection of vaccines is reducing the individual’s chance for survival), are, in fact, rational, become more rational from an evolutionary psychological perspectine- In times of high anxiety and existential threats, group membership can be the guarantee of survival, and social identity is the guarantee of “psychological survival”. Embracing new and emerging social identities – and an increasing tribal mindset – can help the individual in anxiety management. Even if they can be extremely harmful for personal and public health alike, pseudoscientific views, conspiracy theories, and practices (with an implicit or explicit spiritual-transcendent dimension) help in making sense of the World through symbolic coping. The presentation will analyze the current “pseudoscientific revolution” that we are living in and highlight some possibilities to dilute its negative effects.