The prize named after Harry Houdini, worth one million Russian roubles, is awarded to anyone who will be the first to demonstrate paranormal abilities in a strictly controlled scientific experiment. The Houdini Award Committee consists of experts in the medical, technical, exact and natural sciences, members of the Committee Against Pseudoscience and Falsification of Scientific Research, and magicians. 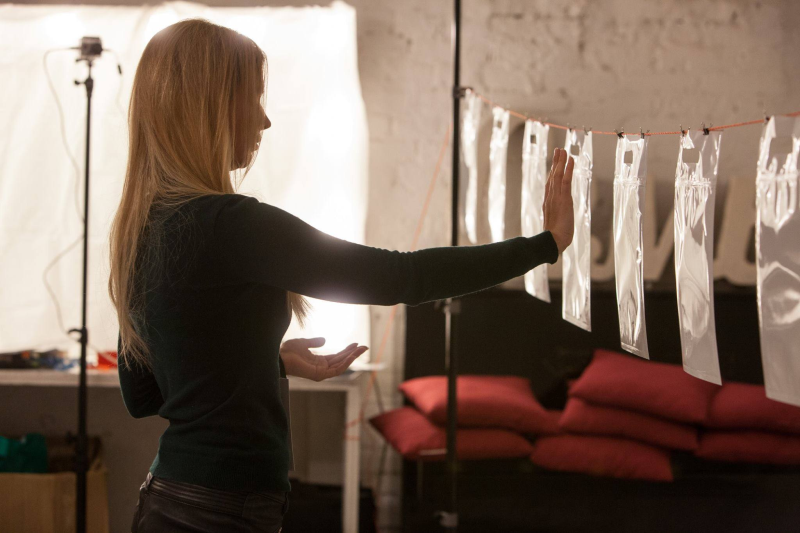 The Houdini Award event has been held in Moscow 11 December 2016, where three psychics tried to prove their supernatural abilities. In the case of successful completion of the preliminary test, participants would be admitted to the more stringent main test, passing which earns the winner one million rubles (approx. €16,000). This time, there were three psychics:

They had to correctly identify people on a set of hidden photos under strict controls. Photos of winners of the Russian TV show Battle of Psychics were used in the experiment. Before starting the experiment, psychics were given time to familiarize themselves with the photos and confirm their abilities to work in these conditions in the unblinded testing, when they saw locations of the photos.

The test used a double-blind method: no one, including the experimenters, knew the order of photos. Before the experiment, each photo was placed in a separate package (gripper), transparent on one side and opaque on the other.

To eliminate the possibility of an information leak during the preparation of the main experiment, the arrangement of the photos was changed twice. None of those who prepared the “tools” for the experiment knew which pictures were in which packages. Photos were hung on the rope in random order, the participants of the experiment saw only the opaque side of the package (gripper). From the back side, the photos looked the same and didn’t have any tags.

After preparation, the participants went to the room and tried to show their abilities in a blind experiment. During the experiment, participants could not approach the photos closer than half a meter. To pass the test Irina, Olga and Marina had to get at least 6 answers out of 12 correct. Their guesses were recorded on a board.

The experiment was conducted in a separate room under the supervision of three cameras, recordings from which are available to anyone interested. There was no one in the room except for the participants and the experimenters. The audience sat in the next room and watched the live broadcast. 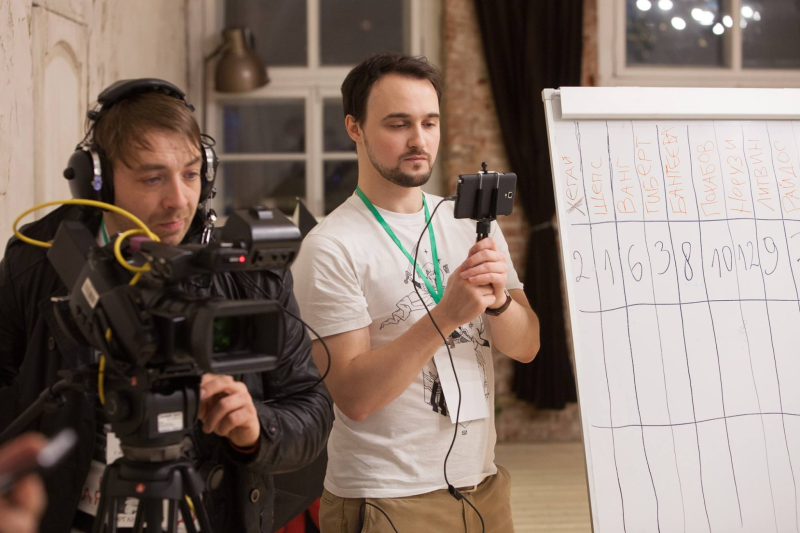 The organizers have prepared an interesting program to keep the audience entertained during the preparation of experiments. Blogger Mikhail Lidin spoke about the shortcomings of the original test in the TV show Battle of psychics, illusionist Nicholay Famousin showed tricks, and the host Valery Sobolev interviewed the organizers, experts, and interesting guests.

The probability that someone without supernatural abilities could successfully complete this test was extremely small: 0.0006. Before announcing the results, participants were asked what they think about their chances. Irina said that she guessed at least 5 people, Marina didn’t want to answer. “It is like a lottery,” Olga said. Very self-critical, don’t you think?!

This time, as in all previous cases, no miracle occurred. None of the participants passed the test. Irina didn’t guess any photos correctly, Olga guessed only one, Marina two.

The primary purpose of this event was to draw attention to the excessive trust people have in supernatural abilities. The other is to show the benefits of the scientific method for evaluating information. According to the test conditions, anyone who could demonstrate the claimed paranormal abilities in an objective and transparent experiment would get a prize.