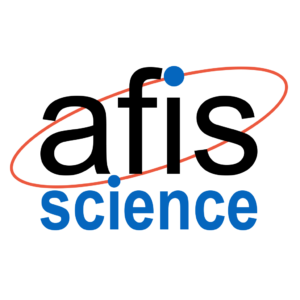 française pour l’information scientifique) aims to promote science and defend its integrity against those who, for profit or ideological purposes, distort its results, attribute to it a meaning that it does not have or uses its name to cover quack businesses.

AFIS considers that science cannot single-handedly solve the problems facing humanity. But solving them cannot be done without resorting to the results of science. AFIS therefore promotes critical thinking and the scientific method and opposes the obscurantist trends which pervade society.

AFIS is interested in all subjects at the interface between science and society. It also denounces pseudo-sciences (astrology, the paranormal, pseudo-medicines, etc.) and their promoters and quack suppliers of the irrational.

AFIS calls for a clear separation between scientific expertise (what science says) and decision (what society chooses to do). Decision-making, which incorporates value judgments, is a matter of democratic choices and is outside of this association’s sphere of activity.

AFIS is independent and without any financial or ideological interest with any entity whatsoever: government, political party, company, etc. Its accounts and its governance, submitted annually to the approval of its members, are presented on its website in full transparency.
Founded in 1968, the association has 1500 members (2019).

Science et pseudo-sciences (“Science and pseudosciences”) is the quarterly magazine published by AFIS.

Economic, social, political and moral issues, and more generally societal issues, incite some actors to propagate scientifically false or distorted information, or to unduly attribute scientific or moral implications to scientific facts. Science and pseudo-sciences lays out the evidence to allow its readers to form their own opinions. Science and pseudo-science rejects relativism, where any hypothesis should be recognized as part of the truth. The state of knowledge resulting from a consensus is explicitly presented. In the areas of health and the environment, the opinions of health agencies or academic institutions are always submitted.

The facts and the results are separated, as far as possible, from any interpretation of them. Sources and references in support of the assertions presented in the articles are always provided, allowing readers to check them out and deepen their knowledge of the subject.

Book-e-book is a publishing house owned by AFIS. It has published more than 50 titles covering many subjects on science and critical thinking.