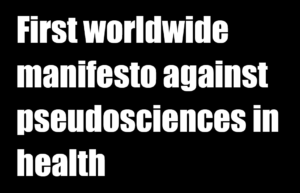 El País, one of Spain’s biggest national dailies, recently published this article discussing the crisis of reproducibility and quality of papers and research in medicine and science in general.

The article came as a response to the publication of a manifesto for reproducible science by a group of investigators from the USA, UK and the Netherlands led by John Loanndis from the University of Stanford.